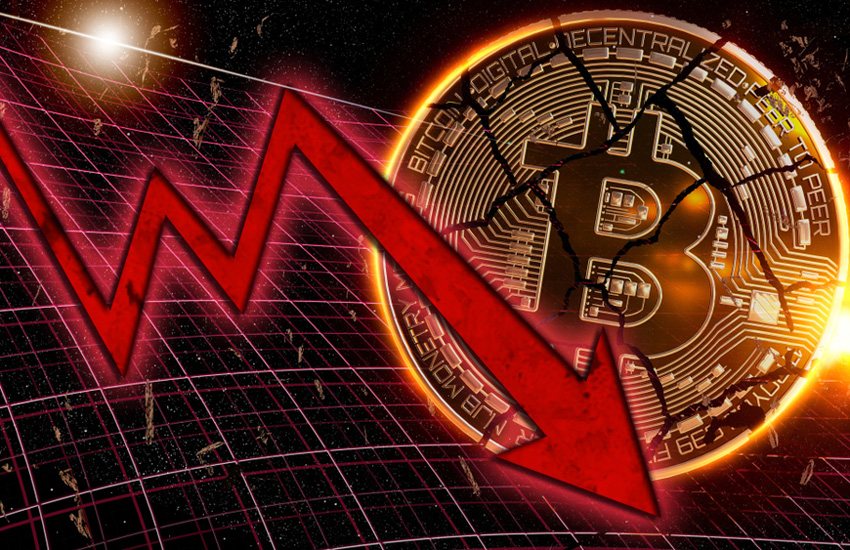 Here we go again, another global crusade against Bitcoin is underway. China strikes heavily against miners and exchanges. Initially they banned all ICOs (initial coin offerings) and also called upon local exchanges to stop trading cryptocurrrencies. Then an outline was designed to stop the energy intensive mining processes. It has also forced the Chinese companies listed abroad to stop ICOs and crypto trading. Further, China is planning to censor all online platforms and mobile apps that are related to cryptocurrency trading. Can this be because China is a country where all big matters are centralized and “decentralization” as an idea goes against their very core principle? If so, maybe the future Chinese generation will never even know what cryptocurrency was 🙂 .

Then Google joins Facebook (and China) and announces they will block all crypto-related advertising on entire Google network. This action from Google came after Facebook banned ads related to ICOs, bitcoin and cryptocurrencies in January this year. So no more you will be disturbed by the bitcoin or ripple while secretly peeking into facebook accounts of your “personal interests”. Google has announced a new updated financial products policy wherein advertisements for cryptocurrency and related content will be NOT be accepted. The blocked content includes ICOs, cryptocurrency exchanges, wallets as well as advice related to cryptocurrency trading. So from June 2018, no more will Google display crypto-related ads, as already it has been taking down millions of advertisements that voilated their policies. Also many Google ads were found to have malicious codes, which used the computing power of users to mine cryptocurrency.

This overreaction of course comes from constant governments’ pressure on the big players “to do something”, so if you think these corporations are something close to being responsible, then think again! Funny part is that there is even no reason for being responsible, as there is nothing wrong with cryptocurrrencies themselves. The only “flaw” is in what they represent – a true unregulated laissez-faire free market. And such animal is very hard to control, which poses a threat to the establishment of all kind (governments, banks & big corporations), therefore their natural reaction follows the rule “what can not be controlled, must be destroyed”, which makes this pitiful intervention from global internet organizations nothing else but a political gesture, as it is no secret that governments worldwide are attempting to regulate crypto markets for quite some time. Just so far they were terribly unsuccessful due to their own inherent incompetence and also thanks to some of cryptocurrencies attributes like anonymity or decentralization.

Nevertheless, as things are now, I would not fall for this narrative that they will manage to regulate crypto markets, certainly not anytime soon. The more likely scenario is that they will do something like “hostile takeover” first, i.e. the banks will manipulate prices down, buy Bitcoin and other cryptos will all the money they create out of thin air, then drive the prices back up, collect their massive profits and just then let the whole thing collapse followed by real governments restrictions, but this time supported by broad public that had gotten burn. So yes, I believe that the run to $20.000 in December 2017 was not the last one and that we will witness another wave and another craziness, even bigger, driven by even bigger greed than last time.

No matter what the whales have up in their sleeves, the reality of the day is that BTC price took another hit, and after last flash-crash on February 6th, when Bitcoin nosedived to $6.000 level, it is now touching $8.000 mark and trending lower. Most commentators are calling for BTC to go even lower than last time, consensus is within $3.000-5.000 range, so if you are not a true crypto believer, or you would be way in red numbers if that really happens, maybe it is now time for you to sell. On the other hand, if you managed your crypto portfolio well, got your money back already, and you just trade with house’s money – which really should be the case, given the crypto currencies volatility – then sell at least 20-30% right now if you are worried and about to mess up your pants. For tougher characters, I would recommend to keep your holdings and basically bet against yourself, because believe it or not, it is often a very good strategy. Also remember that most times, when all analysts finally find consensus, and start broadcasting it to the public, the opposite will happen.

The bad part of BTC down moves is that altcoins basically serve as “BTC on steroids” in a sense that they represent a leverage. In other words, when BTC downslides, altcoins tend to go down even more. And the less “mainstream” altcoin, the bigger the slump. That of course is not very good news around here, as we speculate on the altcoins of altcoins – so when Bitcoin is down 30-40%, most of the cryptos you read about here are down 60-70%. That is the reality and we will have to deal with it. The best action after such violent move down is of course to buy more at the bottom. The trick is that you never really know where the bottom is, so keep that in mind and do not mortgage your house to get cheap Bitcoins at $6.000 only to watch the price going down to $3.000 two weeks later. Same with the altcoins we recommend to buy. The way to approach whipsaw markets like this is to divide your capital into 10 parts, and buy every down move with 10%. You can also consider increasing your buys as the price goes down, for example, you divide your capital only into 7 parts and buy 8%, 10%, 10%, 12%, 15%, 20%, 25%. Just don’t forget to do the same on the upside 🙂 and sell part of your positions to lock in some profits!